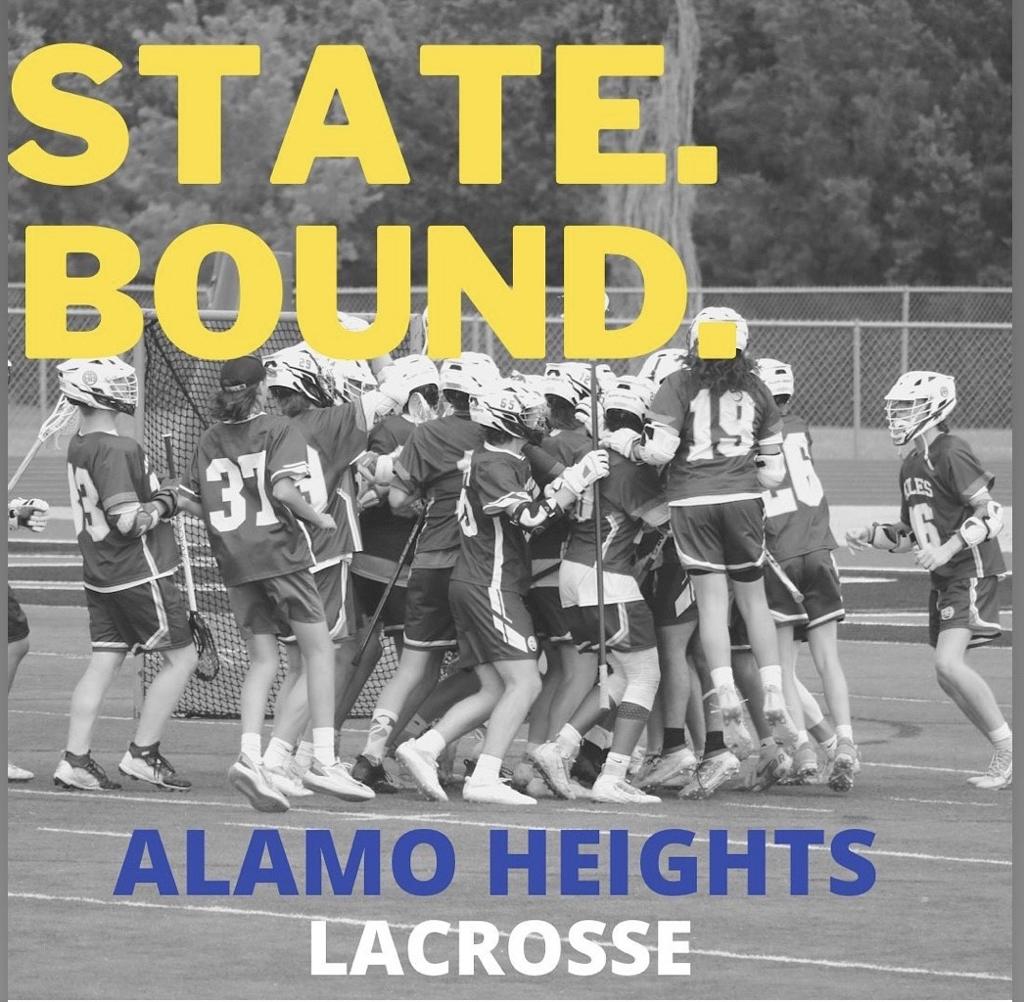 We have partnered up with Vivroux Sports to have a team store. The store will only be opened through midnight on Sunday Feb 6th. So, if you are interested, please take a look at the link below to order your lacrosse apparel. I will be reaching out to Vivroux tomorrow to see about adding some female apparel options for all the moms. We have also ordered additional hats that we will be selling at games different than the one on the team store. These hats should be available in the next couple of weeks. 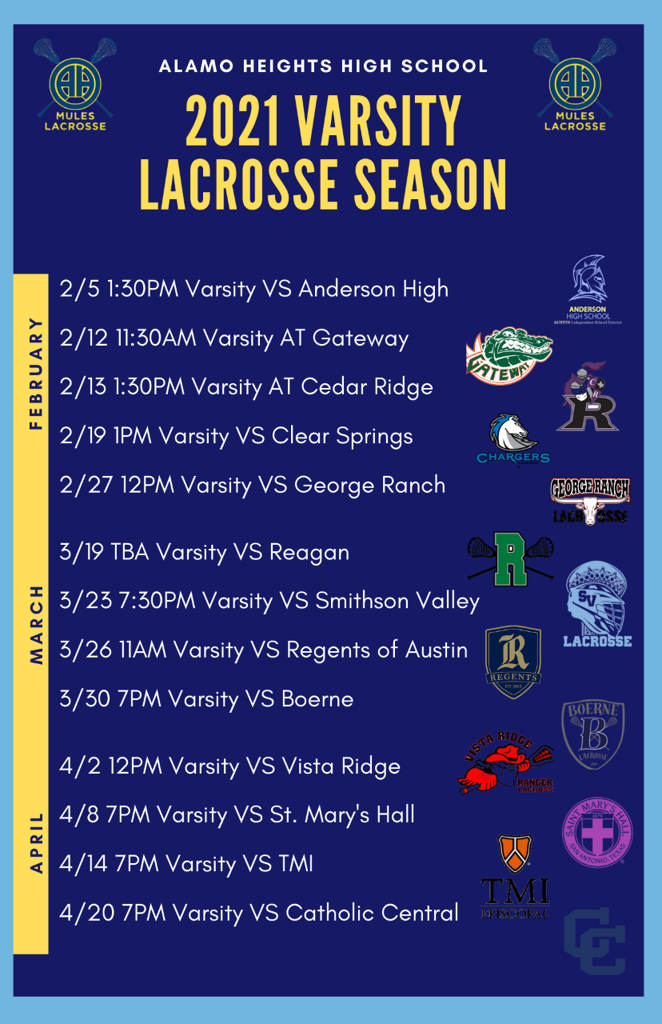 We are a non-profit sports club created to promote the sport of lacrosse in Alamo Heights and San Antonio. We currently offer boy's and girl's teams at the 1st-12th grade level. No player will ever be turned away because of a lack of equipment or because of financial difficulty

The Registration "Home" is not currently available.

New regulations for 2022 require all players to wear NOCSAE approved Chest/Shoulder Pads. follow the below link for more info.

Coach McNamara comes to Alamo Heights from North Central College (IL), where he was the graduate assistant for the NCAA division III men’s lacrosse program. McNamara served as the offensive coordinator and recruiting coordinator from 2018 to 2020. In two seasons with the Cardinals, McNamara helped coached them to a 15-6 record. McNamara also coached five 1st team All-CCIW players and six 2nd team All-CCIW players.

Prior to taking the North Central College position, McNamara had a highly-successful playing career at Aurora University, where he helped lead the Spartans to 68 victories, four Midwest Lacrosse Conference (MLC) Championships and four appearances in the NCAA Division III Men's Lacrosse Championship, advancing to the round of 16 on two occasions. A four-time All-MLC selection, three-time first team All-MLC selection, three-time Academic All-MLC honoree, and two-year team captain, McNamara established MLC and Aurora records for goals in a single game (9) and single season (66) and finished with 283 points, the second-highest total in the Spartans' history. McNamara also spent two years playing semi-professional lacrosse for the Chicago Outlaws who play in the GPBLL.

A native of Grand Haven, Michigan, McNamara has served as the U14 head coach for West Side Lacrosse Club from 2015-2018. Mcnamara also coached Prospect lacrosse from 2018-2019 which is an elite club lacrosse program out of Chicago, Illinois. McNamara also coach’s for the San Antonio Tacos.

McNamara graduated with honors from Aurora University in 2018 with a bachelor's degree in business administration. McNamara earned his MBA degree with a focus on management in 2020 from North Central College.

Thank you to our Mules lacrosse sponsors

Thank you Britton Orthodontics for your support of the Mules Lacrosse program.

Thank you to Maverick Law, PC for your sponsorship of Mules Lacrosse.

Thank You to Brad Sharpe Pools for their sponsorship of Mules Lacrosse.